“In every job that must be done, there is an element of fun” – Mary Poppins

Wow! Another week another blog post. Can’t believe it was time for another one. Especially after feeling like I just wrote one just yesterday. However, here we are, week seven in the rear viewer mirror and only continuing forward. I’ll spare all the mumbo jumbo and stuff so lets get on to how my past week was!

For starters, like any week and every week, we’ll start off with my Disney Adventures List. For the first time in a few weeks, we have a new leader to the throne as Hollywood Studios took back the top spot. Taking it away from Magic Kingdom, I have now been to my home park eight times, with Magic Kingdom being at seven, Animal Kingdom five and Epcot three times. It’s a shame my time with Hollywood will be delayed due to our passes being blacked out once Galaxy’s Edge opens in August, so, really trying to just take advantage of the opportunities to go there and enjoy it while I can.

Overall, this past week was really smooth. I said goodbye to Sunset Ranch as this week was my last before moving over to Galaxy’s Edge. Last day was Friday as I closed up shop then enjoyed a normal work-free weekend for the first time on my program. Despite making this exceptional move, I am going to miss my friends at the market.

I was just getting comfortable over there, was getting better at each job that I was doing and were making friends with a lot of the people over there. I wish all of those still there nothing but the best, and especially for when we get jam-packed come late August-early September. Sunset Ranch will always hold a special place in my heart as it was the first place I ever worked at as a Disney cast member. I’ll miss the people, the feel of being back in the early 1900s, the music that’s played and being right down the street from my favorite attraction. But enough with the touchy-feely words, like all great things, they must come to an end, and I was excited as ever to move over to a new galaxy. 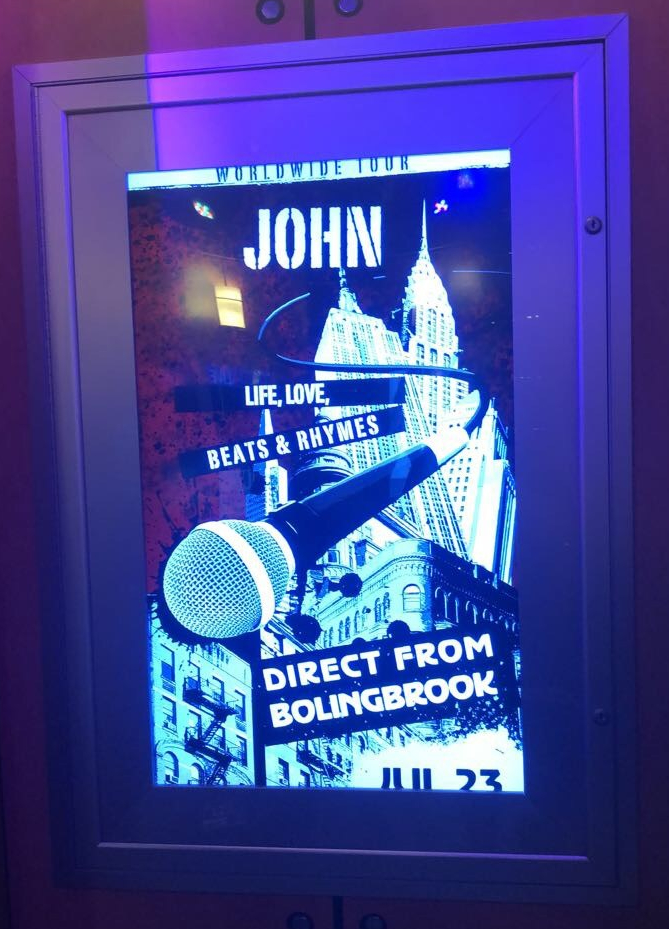 To start off this segment, I’ll begin with my most recent first doing. When I was a kid, I always was itching to ride the Hollywood Tower of Terror. My first time that I went on it, or, at least when I was tall enough to go on it, after waiting a little too long in the line, me and my dad had to leave because I had to go to the bathroom and couldn’t wait. Yes, I was like seven, eight years old at the tie so didn’t have that type of control over my body as I wanted so after that, we decided to move forward with the rest of the day. The next time I went to the park the following year, the result was not like the prior year.

I was determined as ever to get on the ride that had been laughing at me in the face my whole life. Growing up, me and my brother were my dads “coaster-dudes” and when it came to Disney attractions, we concurred them all. The next year though, I finally went on it with my dad and was so happy to cross it off the bucket list. However, since that day when I was, I guess eight? Maybe 9 at this point, little fun fact here, I have yet to be back on since.

Not saying the opportunities haven’t been there, but it just hasn’t been something I’ve been back on since then. As you could probably can guess, I finally made my return to the Hollywood Hotel yesterday and had a fun time! Had to get held on a little by my friend Amanda during it as my heart was RACING during the beginning, but all in all, I was able to fight off my fear and concurred it again. My new expectation and goal for the ride you might ask? Don’t wait another 13 years or so to do it again.

Another first I got this week, was when going through to ride my favorite attraction, Rock N Roller Coaster, I got my name and city to pop up on the “Coming soon” boards that you pass on the way to pre-show with Aerosmith. For years, Disney has implemented this on the attraction queue with the growing success of the Magic Bands and with the little chip in the band, it is able to read and sync up your basic information (like show in the picture above) with your name and hometown and then makes a coming soon poster as if you’re a musician and are on tour.

Not as great or exciting as it sounds, but believe me, when you’re standing in that line and you look to your right and see your name with your hometown on anything, it’s going to be a great feeling and I was stoked to finally have this on my ride experience. We’ll see if it comes across again in the future, but just to have it once, made it all worth my wild.

The final BLTN moment of the week for me, saw me go to Epcot by myself for the first time. I went late in the night after my shift had ended at Hollywood, but after it had rained a couple of times, the crowd shrunk a good amount and wasn’t as packed as it should be. I originally went to visit my friend who was working in Africa at the time and with her help was able to get a sweet magical moment from her, and in addition was able to go to the Mexican pavilion and had some of the best nachos of my life.

All things I had needed to do and were on my bucket list, but in addition to going there by myself for the first time alone, it was also the first time I went and didn’t ride a single attraction and got the opportunity to watch it’s nightly fire-work show ‘IllumiNations Reflections of Earth’ The show itself will be retiring in September as its been around since 1999 and all I have to say is, it’s about damn time. No offense to those that like the show because we all have our likes and dislikes, but for me, the show just doesn’t do anything for me anymore.

While I was sitting there watching it, with a fully stomach of nachos, I just didn’t get that same feel. One of my roommates, which Epcot is his favorite park, loves the show and can’t talk great about it enough, but with me, seems like I’m literally the polar opposite. I haven’t seen the late night show at Animal Kingdom (despite hearing a lot of bad things about that) but to me, this is by far the worst end of the night show they have at all the parks and am glad they are getting rid of it and bringing something else in.

To end off, I ended the night just strolling around the World Showcase and got to visit all the different countries and such and it was a great time. The feel of Epcot is still there. It has a ton to offer, still to this day. I’m just hoping that in the future, with all the construction that is going on there, that they will make it back to being the number two park on property, giving Magic Kingdom a run for their money.

It was a week full of memorable firsts and I’m excited for the journey I’ll be taking this next week.

Highlight of the Week 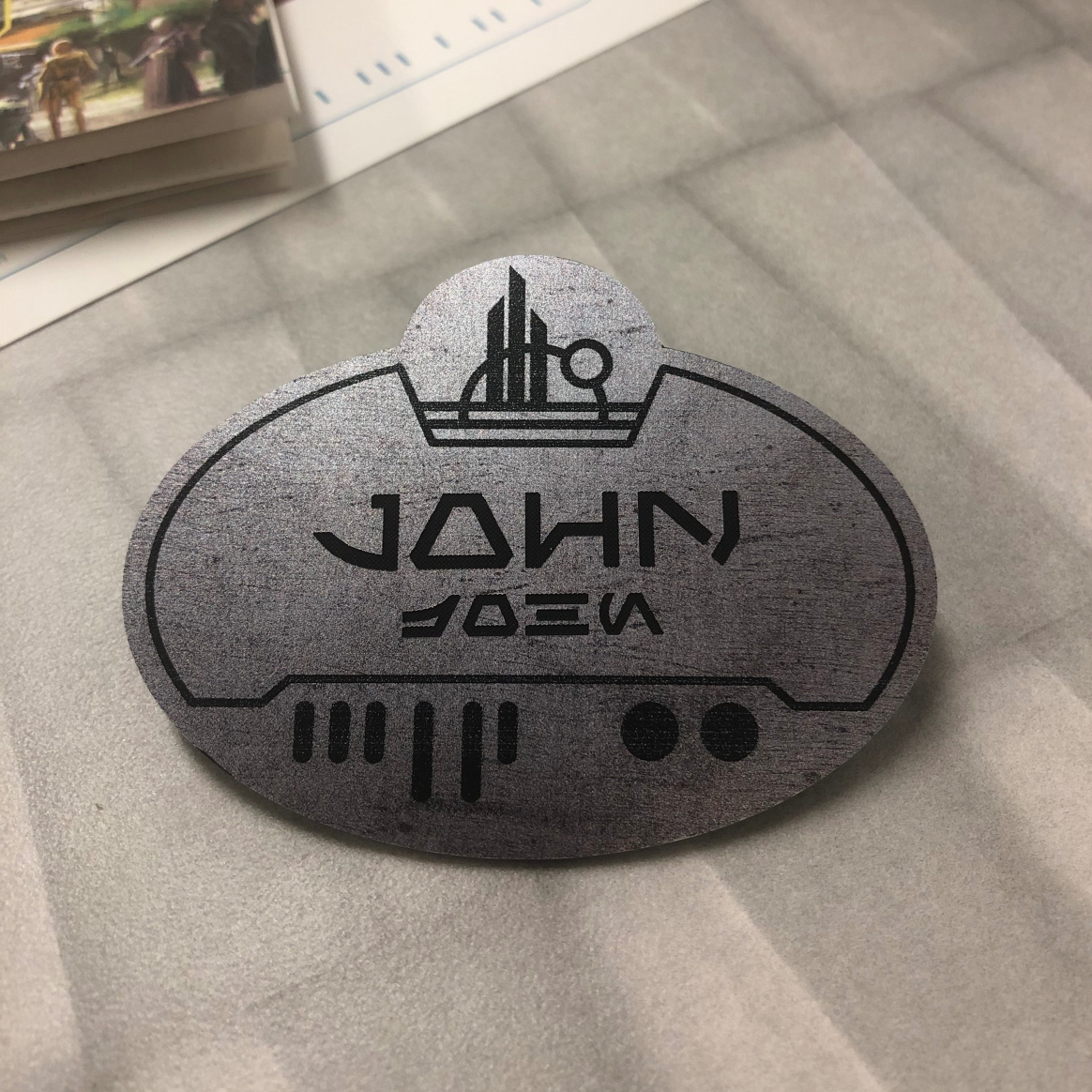 This weeks HOTW, to no ones surprise, has to deal with my new job at Star Wars Galaxy’s Edge. This Monday, I began my training as I had my on with the story training in which I came up with my own Batuu identity. If anyone would like to know what my story is, send me a message and like anything else I do in my life, I’ll give it to you and explain it! After completing the first day, I was rewarded with a special new name-tag (as pictured above) and got my new costume for the roll.

I will keep my new costume a secret for now, or at least Aug 29, but all I have to say is, I look like a jedi and can’t wait to wear it every day I come into work. It’s so cool, looks great on me and putting it on just makes me feel that much more in the galaxy.

Since Monday, starting on Wednesday, I will be working nine days straight as I get more and more ready for opening day. My first few days of training have gone smoothly as can be and have had a shipload of surprises already. A nice little treat that I got on Wednesday, the first thing we did, even before introducing ourselves, we went into the land to go ride the one attraction in the land, Millennium Falcon Smugglers Run.

That right there alone, was the most my jaw had been dropped on this entire program. Won’t spoil anything for anyone, but if you are a Star Wars fan, no matter how big or small and have seen all the movies, you MUST and I repeat MUST go to this new experience. It’s something that has been waited on for over four decades of Star Wars lovers and if you want to life out your fantasy, there’s no place else in this world you will be able to.

Today, I got the opportunity to walk more across the land and its just as great as expected. When the time comes, I will post and share with you all, but for now, the images and details within the new land is literally out of this world. The Cantina looks great, the little stores and everything with merchandise is wonderful and the little amount of food I’ve tasted, is two thumbs up. Here I am my first week on training, and I’ve rode a ride four times that hasn’t been opened to the public or even other cast members outside of those who work at Hollywood Studios.

I’m so spoiled when it comes to Disney. So, so spoiled. But I tell ya what, I’m enjoying every single second of it. My whole program feels like a dream to me. This past week alone, has felt like I’m on a cloud.

To those of my subscribers, followers, whatever you want to call it, thank you for reading about my journey and the adventures that are part of it. As always, I appreciate every single one of you and thank you again!

Also, with me talking about food and all that, I’m a little hungry and it’s dinner time, so enjoy this picture of an ice cream sandwich I got earlier in the week at Hollywood Scoops. On? Sunset Boulevard 😉